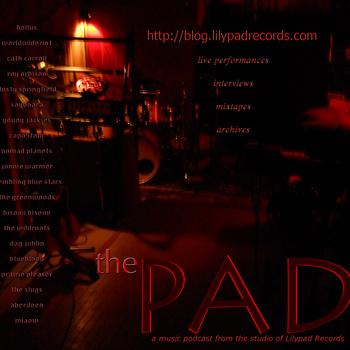 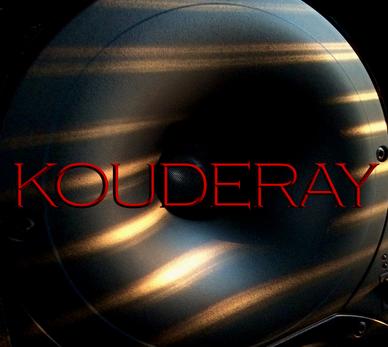 Established in 1999, Lilypad is a boutique, musique imprint providing services to indies that need professional expertise at a cost they can afford. The other half of Kouderay.com, our multi-purpose destination for creatives, Lilypad is located in a casual, rural setting centrally located between Chicago, Milwaukee, and Madison at the edge of Illinois. Here's a sampling of things we've worked on:

England’s purveyors of "schrammel-pop" mixed their excellent, debut album, Jetstream Pony (Shelflife/USA & KUS/EU 2020), with us and it comes out May 22, 2020! I Close My Eyes (b/w It'll Take More Than A Friday) (KUS 2019) - a limited-edition 7” single, along with their critically acclaimed EP, Self-Destruct Reality (KUS 2018), were also mixed here and still available along with demos, covers, posters, and organic t-shirts, direct from their Bandcamp store.

GARRET JOHNSON
Garret hails from Morris, Illinois 60 miles southwest of Chicago. He arrived at Kouderay in the late winter of 2017 and sporadically reappears to create music in our kitchen. His songs comprise recordings affectionately dubbed, The Shakey Toothpick Sessions. "Already There" (Lilypad 2020) out in stores and streaming everywhere March 13, 2020.

Naked In Nature  In 1986, a mind-meld of five friends from three bands united for the love of noise, rock, song, and Guinness (not necessarily in that order). Recorded in Studio B at Columbia's film sound studio with the help of our departed brother-in-arms and audio legend, Diego Trejo Jr.

A Month Of Tuesdays In October 1993, Tuesdays were scheduled by this duo resulting in a dozen songs featuring guest contributions from a diverse collection of talents. Their full length never surfaced.

Priceless Restoration (Lilypad 2010) the long-lost Factory Records' ten-song, demo collection from 1986-87 for the never-recorded album, "Priceless Innuendo."  Restored from the original, damaged cassettes plucked from a moldy suitcase and released for a very limited time. Liner notes were contributed by music-journalist, Peter Terzian.

Lost Highway(Couderay/Lilypad 1999) Former Chicago singer-songwriter now resides outside Nashville with his family performing as Nashville Rhythm Kings. He came to our little startup in 1999 before Lilypad even launched and was the very first project we created from the ground up. It featured a truly stellar lineup of musicians including John Prine's Small Potatoes bassist, Tom Pikarski. RIP, Pickles.

Live At Lilypad (Lilypad 2007), The Joker And The Queen(Wooden Nickel 2009) and Part One (Wooden Nickel 2010) were Lilypad's favorites before this evolving quartet went on permanent hiatus. Part Two was an excellent collection, too. It went unreleased.

It's Nothing Personal (Lilypad 2012) Texas duo, Debbie and Sean, recorded "Discourage Wolf" - their Lilypad debut single - at Kouderay. Sayonara eventually became a three-piece before calling it quits in 2013.

This four-piece recorded an album with us but it was never released. Nicknamed, Skoash, we played this one to death after we finished mixing their collection. Mope would have been a very comfortable addition to Chicago's indie scene at the turn of the century.

Posters Boys For The Apocalypse (Lilypad 2008 EP) The Morris, Illinois duo's debut written and performed by Sean Blythe and Eric Enger is a full ashtray of singer-songwriter angst wrapped in chaos and is still available today from our store or online almost everywhere.

​Return To The Reflecting Pool (Lilypad 2020 EP) Remixer/composer or maybe your multi-instrumental/ex-bandmate, C54 has been remixing the remains of the day since joining forces with a wide array of songwriters, bands, and multimedia types. This dark-ambient improvisation, recorded live while bidding farewell to the 'teens, was recorded at Kouderay and firmly entrenched in the "other" category whilst straddling an experimental universe.